The future of Crypto Twitter may be less exciting as Elon Musk pulls out of the deal to purchase the platform. Musk claims Twitter breached the terms of its agreement by using “false and misleading representations” of information. 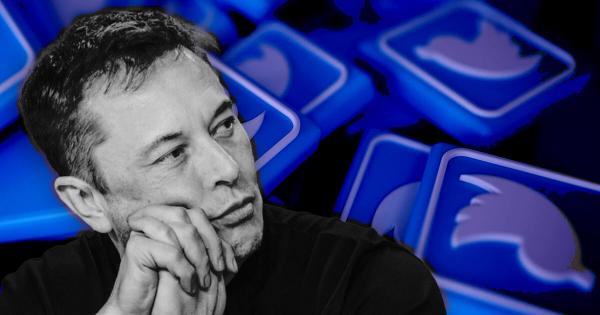 Tesla CEO and Dogecoin superfan Elon Musk has pulled out of his $44 billion deal with Twitter citing concerns over “false and misleading representations.” One of the key concerns was a lack of data available to Musk to analyze the severity of the bot problem on the platform.

Musk had previously stated that he would not purchase Twitter if the number of bots exceeded its reported rate of 5%. Musk has also remarked that the number of bots was likely between 20 – 90% of Twitter users. With the deal falling through, the public may never know the truth unless an independent audit is ordered by Twitter to quell investor fears potentially.

Shares in Twitter fell 5% in after-market trading hours following the news. The price dropped to $36, a 33% discount on the price Musk had offered for the company. Dogecoin moved less than 1% within an hour of the information becoming public as dreams of Twitter accepting Doge died. At least for now, Dogecoin investors appear less worried than Twitter shareholders.

Amazingly, Musk has been eerily quiet on Twitter regarding the move. His only comments today were to discuss drones and Biden’s teleprompter. Usually, he is highly vocal on the platform, using it to release micro press releases about his business dealings and personal opinions. However, on the day that he chooses not to purchase Twitter, he is also without words on the matter.

However, the rest of Twitter is amassed with discussion on the topic. Richard Signorelli, a Harvard Law litigator and shareholder stated he hopes Musk receives a “hefty penalty.”

As a shareholder, I am hoping that @elonmusk just pays a hefty penalty to get out of the deal. As someone who uses @twitter, I don’t want him owning the company.

Jim Cramer of CNN said he expected it to be difficult for Musk to get out of the deal.

It is hard to get out of those kinds of deals in Delaware. They tend to hold you to them. That’s been their style but Elon is not just anyone https://t.co/p7Hp9PysHP

Sky News reports that Twitter will likely reject Musk’s $1 billion cancellation fee even if he pays the fine. The website reports that “Twitter’s board is not planning to accept the payment and will instead take legal action.”

The Chairman of the Twitter board announced that The Twitter Board is committed to closing the transaction.” While legal action is undoubtedly on the cards, it will focus on forcing through the deal rather than additional financial penalties for Musk.

The Twitter Board is committed to closing the transaction on the price and terms agreed upon with Mr. Musk and plans to pursue legal action to enforce the merger agreement. We are confident we will prevail in the Delaware Court of Chancery.

August 19, 2022by
Need help? Contact us We've detected unusual activity from your computer network To continue, please click the box below to…

August 19, 2022by
Bitcoin BTC , ethereum and other major cryptocurrencies are still reeling from a devastating price crash that's wiped around $2…

‘Is This a Joke?’ Southern Charm’s Naomie and Whitney Hookup Causes a Stir